Lord of the Sky, Beautiful Forever, Always Smiling (except when she’s not), and One of the Gods from the Indian Triumvirate joined me with my Crown of Flowers to mark the moment of perihelion. 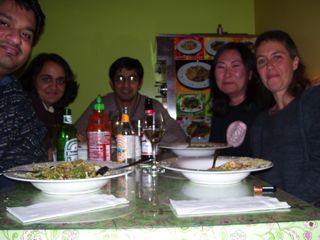 If you’re interested in following these things, a timetable of perihelions, aphelions, equinoxes, and solistices is posted through 2020. You’ll have to decide if paying attention to such things makes one a pagan: “n. One who adheres to a belief system outside that of established Orthodoxy.” Even though science has not proved the Gaia hypothesis, “that all living things have a regulatory effect on the Earth’s environment that promotes life overall,” science hasn’t disproved it, either.
😮